Festivals are a welcome escape from the mundane world. They provide a place where we can forget our stresses and provide some much-needed celebration of life. The hectic lives we lead are put on hold and we surrender to the present moment as we get to explore music, interactive art, conscious social movements and so much more. The potential for adventure exists at all times.

I have created a special offering for festival participants who enjoy exploring the internal realms, a journey through a past life. Expert and loving guidance will be provided to either heal a past life, or to integrate traits from a past life you would like to master now. Both extremely powerful experiences which create a greater sense of love and wholeness.

My name is Malakai Ray & I’ve been given a gift that allows me to use my knowledge & energy to heal. My extensive experience in martial arts, massage therapy, stretch conditioning & various types of body work from mind healing, chi energy & qi gong. It’s helped me master an effective system that is a fusion of all the best healing processes, both Eastern/Western & Modern/Traditional.

Mike’s teaching style integrates each of these practiced traditions while threading together every class with a main theme connected to a yoga & pilates philosophy that inspires a happy, healthy & strong core. He guides a flowing, challenging practice that is called, Rootist Yoga, that contains mindful sequencing with focus on alignment, some partner yoga & core strength building that heats up the core from within, in a fun, loving and nurturing environment – always leaving students with a smile. After completing a Pilates 500 hour teacher training in 2012 from The Pilates Institute of Las Vegas, under the guidance of Mary Jane Kleinman, Mike is focusing his second 400 pilates teacher training with Pilates Plus Yoga under the instruction of Jodi Tallo in March 2016.

Mike is grateful for the introduction of yoga and meditation in his younger adult life. He has also been guided by his friends and varying teachers over the years from his personal practice. Mike fell in love with a regular yoga practice first while in college and then again some years later after being reintroduce to yoga again via his instructor, Jennifer Buegermeister. While Mike ended up with a fast-paced career in the Convention Audio Visual & Television Production industry & still maintains his full time career with Encore Event Technologies, managing & producing corporate events at Caesars Palace, he has maintained his passion for practicing yoga. Eventually, he made the leap of faith, to pursue teaching yoga part-time thanks to the wonderful influence of his former employer/friend, Jodi tallo and has been blessed with doing what he loves ever since.

Mike has been in involved in many creative projects ranging from short indie films to indie television shows. He has helped produced and managed the audio visual needs for the Texas Yoga conference from 2009 until 2013. In 2014 he co-presented with his former teacher, Jennifer Buegermeister, on Rootism and Rootist Yoga. He has also been teaching & doing speaking engagements on Rootist Yoga & Yoga Flow at Buringman and several other regional festivals since 2012. He volunteers for various non-profit fundraisers around the Las Vegas region. Recently, in 2014 & 2015, he has volunteered for the Shakti and Bhakti yoga festivals as an audio visual professional and teacher assistant. As an avid athlete Mike is also a rock climber, hiker, cayoneer enthusiast, bike rider, drummer, and meditation practitioner. He holds a B.A. in Communications, and is 200 hour Yoga Alliance Certified.

Kindred Souls is a healing festival with a focus on healing through music (vibrations), art (visual aesthetics), interactive workshops (creativity) and vendors from crystal healing to vegan (taste). 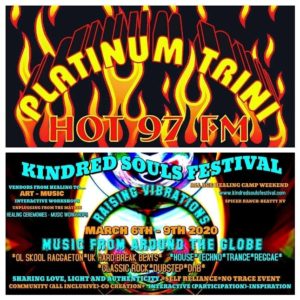 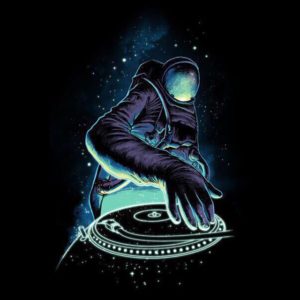 WE ARE DIVINE BEINGS LIVING A HUMAN EXPERIENCE.